Tucked between the Royal B.C. Museum and Beacon Hill Park lies the green oasis of St. Ann’s Academy. The long, sweeping driveway leads you beyond the wrought iron gate and into lush grounds and a stunning building. A grand staircase takes you up to the formal entrance and into what used to be an all-girls Catholic school and convent. The initial building on the property was the chapel, which was built in 1858 and later moved and added to the school. It was Victoria’s first Roman Catholic cathedral, and the original St. Andrew’s Cathedral. Visitors who make their way inside are treated to its elegant altar with ornate ceiling carvings adorned with gold-leaf details and original oil paintings. The finishing touches include stunning stained-glass windows and a Casavant pipe organ from the year 1913. St. Ann’s Academy was built by the Congregation Sisters of St. Ann, a Roman Catholic women’s congregation of Lachine, Quebec. 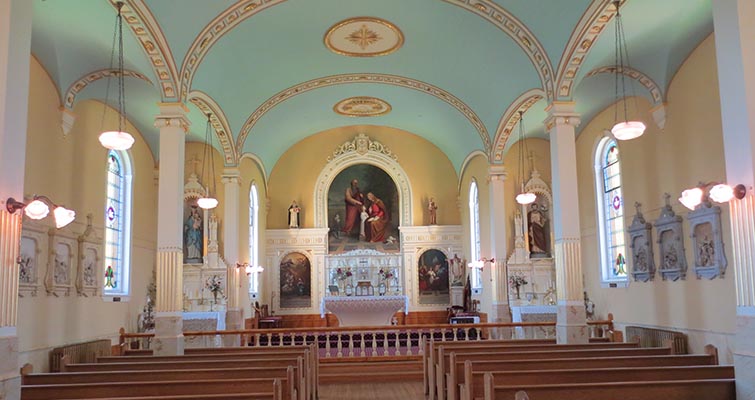 Wander through the school and take seat in the restored 1910 auditorium. It’s easy to imagine the young girls in uniform headed to their lectures. During your visit you can explore the various gardens such as the 1910 formal garden, and the Novitiate garden next to the chapel. Standing within the greenery is a 1925 summerhouse that’s been recreated, thriving perennials and a unique, geometric herb garden. The Academy yards are extensive, with 6-acres available for public use. Aside from the gardens, they feature an orchard and ruins from fountains that long have crumbled and been forgotten.

The academy was closed in 1974, and the Sisters of St. Ann sold the property to the British Columbia government. While being used as an office building, the academy eventually slipped into disrepair and was condemned by the city. It shut down completely for over a decade. Instead of tearing  St. Ann’s Academy down, a redevelopment plan was put into action and the building was designated a National Historic Site of Canada in 1989. With $16.2 million and two-year’s time, reparation of the building began. The Interpretive Centre took back its 1920’s façade, while the vast majority of the building became modernized offices. Since the building re-opened in 1997, it has become a celebrated historical site in Victoria, B.C. Most of the offices have been rented out, and the building and grounds see plenty of visitors every year.

Of course, like many locations in Victoria, St. Ann’s Academy is a hotspot to spy some ghosts and is a popular stop on ghost tours. It’s no surprise, as the wrought-iron gate and Quebec Colonial-style architecture set a haunting scene, especially after dark. The early mornings have seen reports of nuns witnessed wandering their convent’s grounds. Perhaps they are looking for their original resting places, as the nuns originally buried on the property were exhumed and moved to the Sisters’ new plot in the Ross Bay Cemetery in 1974. The original graveyard on the property, “the Sister’s Garden,” was permitted in 1864, and was moved to the front of the building in 1889. They received their plot in the Ross Bay Cemetery in 1908. Another notable figure seen at St. Ann’s Academy is the ghost of Emily Carr, a famous Canadian painter. Her birth house, where she has also been spotted, is kitty-corner across Beacon Hill Park and therefore a short hop away from the former school. Hauntings aside, St. Ann’s Academy is a popular place to get married and a great place to dive into the history of Victoria BC, or escape the city for a peaceful moment.