The B.C. Legislative Buildings, also called the British Columbia Parliament Buildings, are an unmistakable feature in Victoria’s cityscape. The buildings have witnessed the rise of Victoria as a city, and have been in their prominent spot on the water since 1897 when deemed completed in time for Queen Victoria’s Diamond Jubilee. Despite its “completed” status, renovations, additions and details continued to be added well into the 1900s. It wasn’t until 1915 that the final touches were made. Francis Rattenbury, the building’s architect, was only 25-years old when construction started in 1893! During the time of the buildings’ construction, supporting local businesses was a top priority. Because of this, most aspects of the Legislative Buildings were crafted from local materials, including the granite, brick, limestone and Douglas fir. 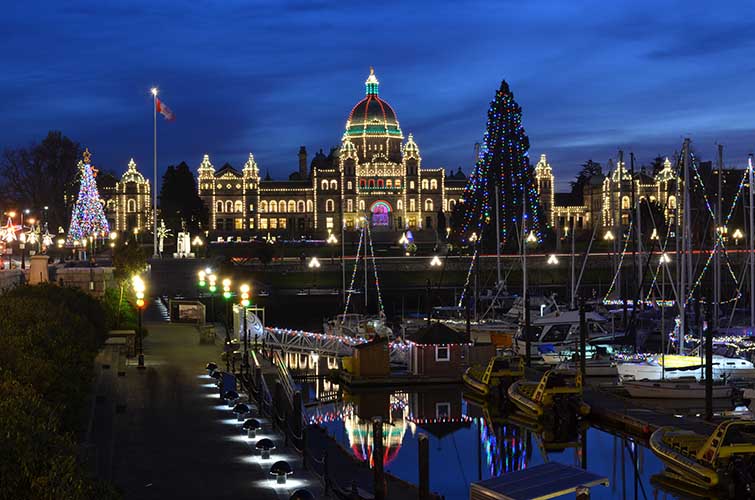 While already impressive on the outside with its oxidized copper domes, sweeping staircase, lush front lawns and towering statues, the inside of the buildings is nothing to scoff at. Free guided tours will take you through a number of the rooms, all adorned with gold paint, stunning murals, stained glass and stitched together with pieces of history. You’ll see pictures of moments of Victoria’s history and memories of royalty paying the city a visit. For those interested in Canadian politics, you can even come and watch legislature as it takes place! 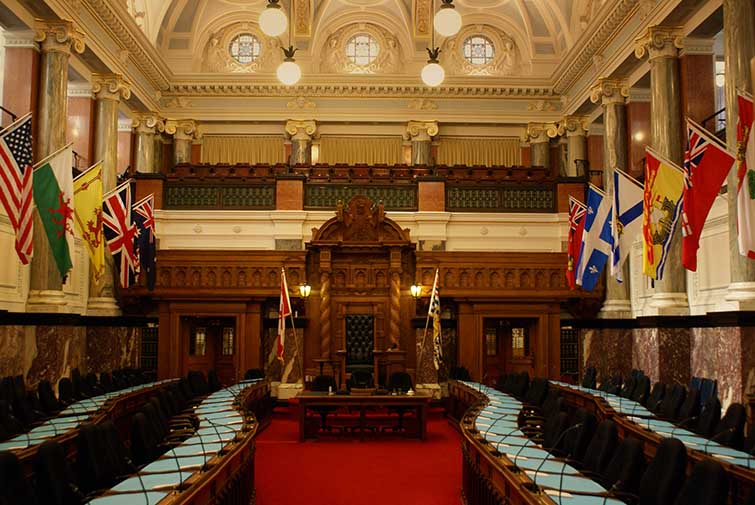 One of the best parts about the Parliament Buildings, however, is that they become even more spectacular at night. Over 3,000 lightbulbs line the buildings’ facades, casting the lawns and Inner Harbour with their warm glow. A favourite time to see these lights and take a tour of the buildings is around Christmas, when the usual golden lights are replaced with cheery holiday colours. Inside the main hall, a massive Christmas tree reaches up towards the dome (which is 165ft high at the very top), filling the space with the fresh scent of Christmas tree, and casting the beautiful floors and gold paint with even more warm light. The stunning decorations and large presents under the tree will put even the biggest Scrooge in a holiday mood. 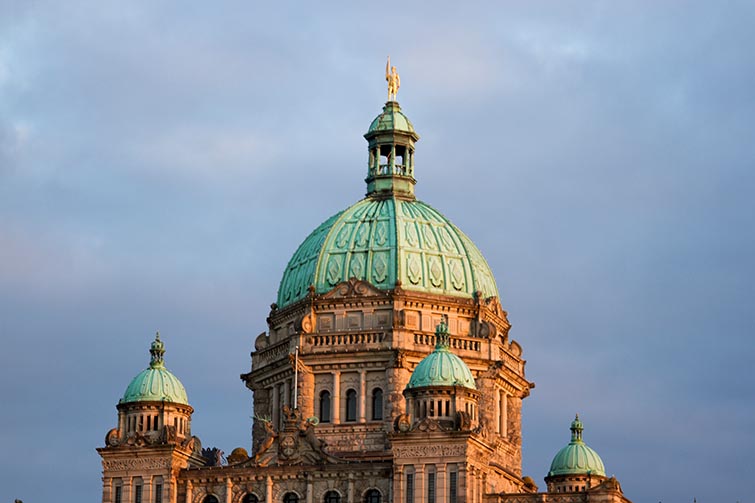 Before the current B.C. Legislative Buildings were built, the elected assembly for the Colony of Vancouver Island were housed in structures known as the Birdcages. These still exist on the original property of the buildings and after B.C. officially became a province of Canada in 1871, were used by the Legislative Assembly. The property of the buildings is a delight on its own, as you can take a stroll and bask in the sun in the sweeping front lawns next to the fountain.  There is also the Parliamentary Dining Room if you fancy a bite to eat after your tour. Tours run for about half an hour and, if you miss the start of the guided one, you can get a pamphlet and walk yourself through. It’s well worth taking the time to do, as you’ll appreciate the details of the rooms and their items much more! 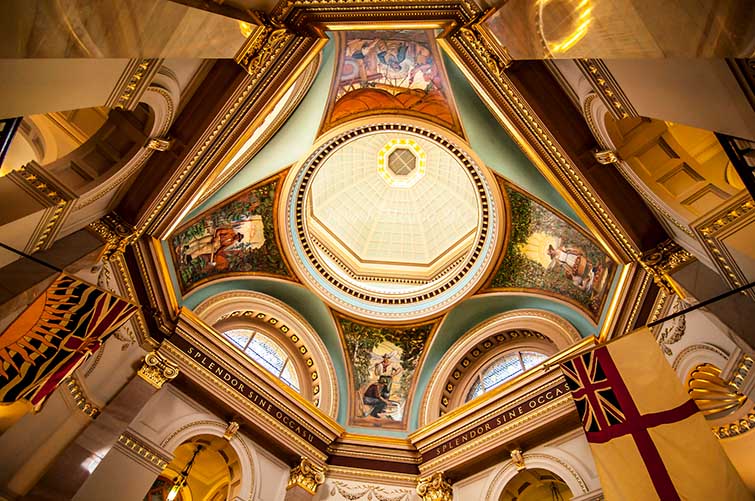