Tucked into Victoria’s Fairfield neighbourhood, it wasn’t until 1998 that the importance of the Ross Bay Villa was realized. It is one of few standing houses that was built in 1960 in British Columbia! While Sir James Douglas originally described the house as a “cottage,” it later took on the description of Villa, meaning the country dwelling of a gentleman. Ross Bay Villa was built in 1865 in Gothic Revival-style featuring a detailed front porch and split-double-flue chimneys. While they don’t know who the architects responsible for the house were, certain features and hints suggest the classic family homestead was crafted by Wright and Sanders, two of Victoria’s first professional architects.  Built on “Fairfield Farm,” the house featured three bedrooms, a kitchen, servant’s room, drawing room, dining room, an entry hall and two fireplaces, fit with twelve-foot ceilings. 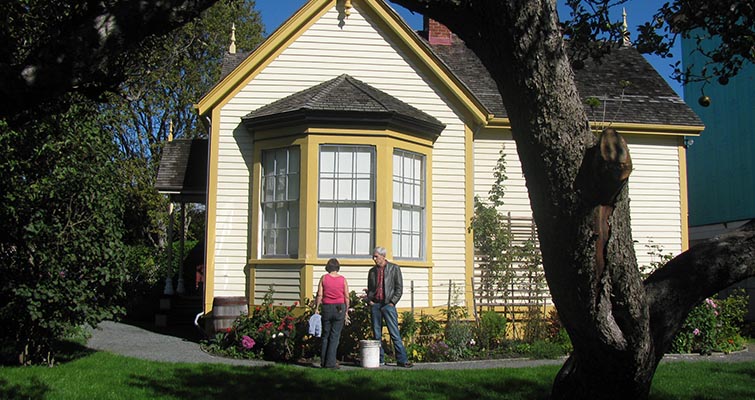 Ross Bay Villa played host to the Francis (Frank) J. Roscoe, Anna Letitia Roscoe and their five children. Originally from Liverpool, England, the Roscoe family was of high social ranking in Victoria’s early years. Starting off life in Canada by owning a hardware store, Fellows and Roscoe, Frank did well, as the store carried all the things an establishing capital city would need. In 1874, after a few partnerships founded and dissolved, Mr. Roscoe was elected to parliament, and was a member for four years, as well as a Major in the Canadian Militia forces starting in 1876. In 1878, a few months after resigning from parliament, Francis James Roscoe passed away in him own home, the Ross Bay Villa. Anna then chose to move back to England, selling the house and auctioning off the furniture. Luckily, it was that same auction list that allowed the Ross Bay Villa society a detailed window into how the original house was set up, and even letting them secure some of the Roscoe family’s original wares, such as the Colonial bookshelf.

As of 2000, the entirety of Ross Bay Villa has been restored, mostly thanks to the work of the society’s volunteers. Archival photos, auction lists, diaries and other resources were used to re-create an authentic 1860s family household. Of course, as the house is now a museum, a few additions were included such as visitor washrooms and a fire protection sprinkler system. On top of those, however, the original floor plan was restored, missing doors were made to match their originals, wallpaper was re-created and kerosene lamps were hung again on their original hooks, helping to illuminate the house during evening tours. While most of the furnishings were not the originals, the society went through painstaking measures to ensure each piece of furniture fit in with the era and status of the household, bringing history straight back into real life. 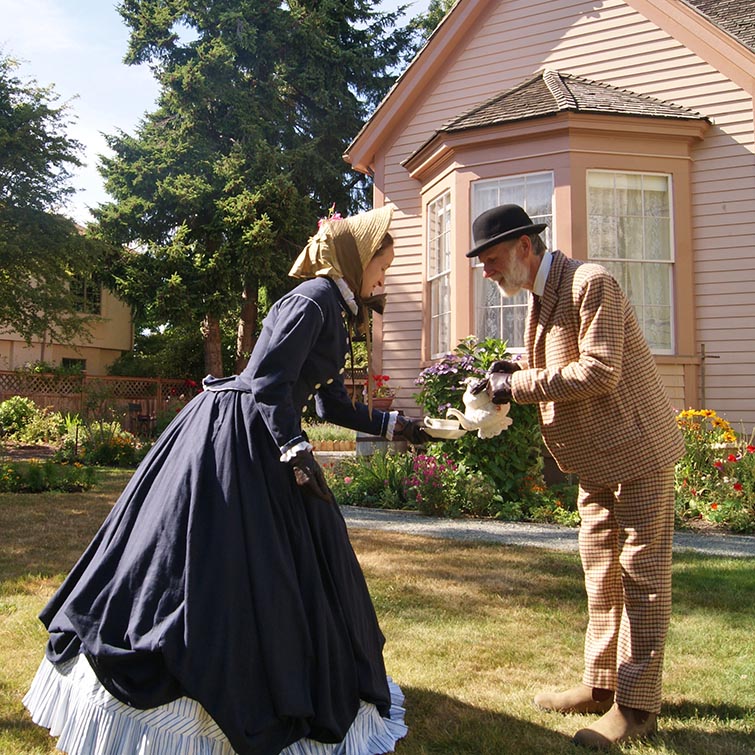 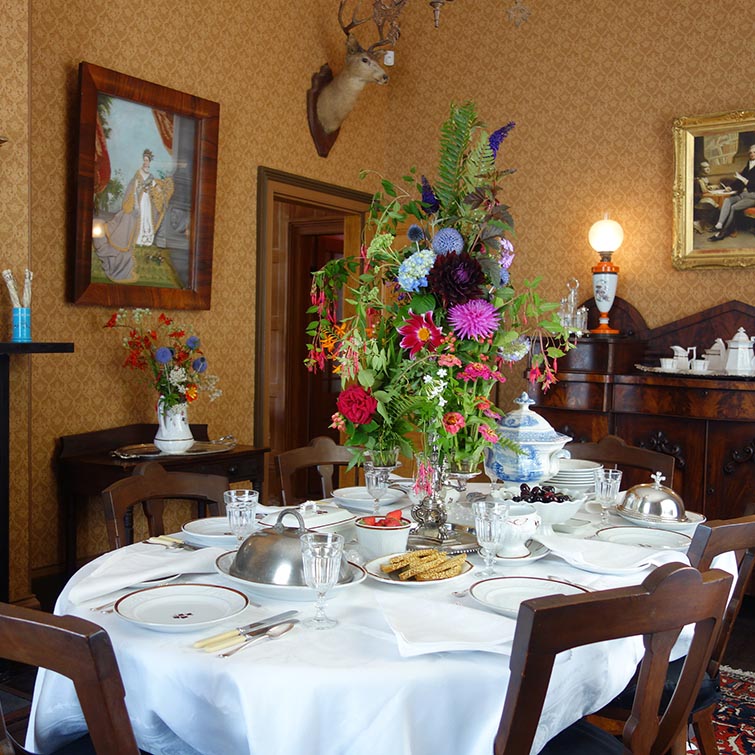 Another wonderfully renewed aspect of the Ross Bay Villa is its yard and garden, which were again, revived out of their overgrown death and brought back to flourish. Based off of a few, rare photographs and an archeological dig, a garden plan was drawn up, defining gravel pathways with cedar board edging and lattice fences. There were Gothic-edging tiles, also reproduced, lawns were laid and the 1890s fruit trees were preserved. The vegetable garden was even planted with plants matching an 1879 nursery catalogue, preserving the authenticity of the entire estate, alongside the trees and house. To step back into time and experience family life in the 1860s, go no farther than the Ross Bay Villa Historic House Museum.